The organizers of the Baltic Sea Circle, the Superlative Adventure Club (S.A.C.) have more than just this rally on offer. So to get in the mood and find out how these types of events and challenges are organized we thought it might be a good idea to partake in the Urban Challenge. At this rally the same age limit applies for the cars that can be used for the rally but no limit in terms of price or value of the car. Franz and I then signed up as a team with our girls, Anne and Daniela, and the plan was to do the rally in Anne’s 20 years old Jaguar XJ.
And again, no GPS or satellite navigation was allowed. 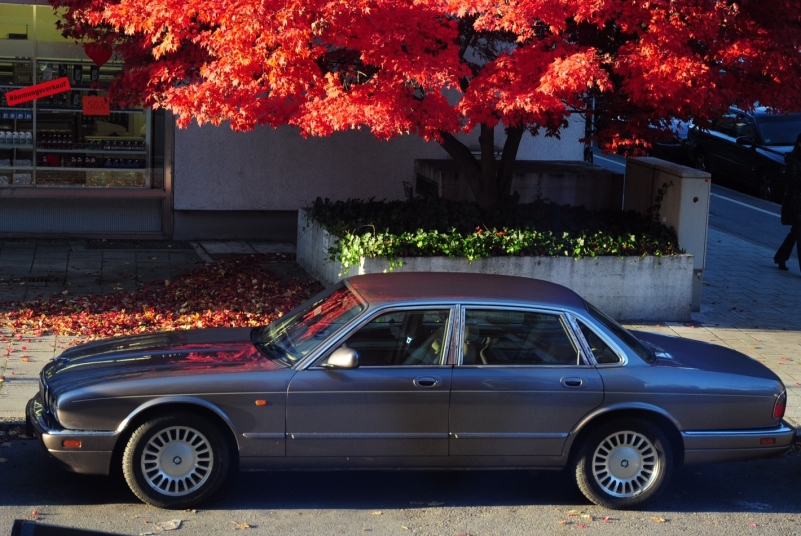 The Urban Challenge took place in early October 2017 during one of the wettest periods in history. And that says a lot for Hamburg. But the team was working very well together and the spirits remained high throughout the whole day. We had to resolve nearly 30 missions that were scattered all over Hamburg. Once we had mastered the first 3 missions we then received the full stack of missions, which were conceived as some kind of riddles. The challenge now was to first find out where these missions led us to and then come up with sensible route to connect these in order to be able to accomplish as many as possible while making the deadline for the finish. Once you arrived at a mission’s locations you had to take a picture of you and the location (vulgo: selfie) and send it to a WhatsApp address for scoring.

Here are some impressions. 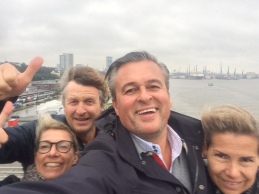 As said before it was a dismal day, very wet and windy. So we skipped all those missions where there were outdoor activities involved. This doesn’t mean that we didn’t have to leave the car at all because some of said locations were only reachable by foot, so mainly Franz and myself got our fair share of precipitation exposure i.e. we got bloody wet.

Nonetheless we are proud to report that despite skipping missions and the fact that we were doing this for the first time we made 10th place out of more than 40 teams.

It was a blast and we will do it again in 2018.
And it also clearly boosted our motivation for the BSC 2018.