With a slight delay now the story from the first day of our rally. The start was in in the port of Hamburg where there were spots marked for every participant. Unfortunately we didn’t have time to stroll the grid and see what kind of cars, teams, decors were there as we had to check in, talk to friends and family and attend the kick-off with final information and instructions. Here are some pictures. 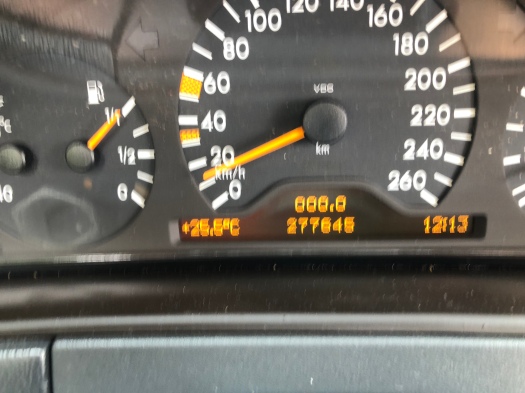 Our first task of the was to get out of Hamburg and then to the island of Fehmarn from which we were to take the ferry to Denmark. Other teams were going up through the North of Germany and then into Denmark thus avoiding the ferry.
Leaving Hamburg was a breeze and we were first of the pack to arrive at Puttgarden. As we hadn’t booked the ticket in advance we had to wait for way more than an hour to get on board. The crossing took only about 40 minutes and then we were in Denmark, our first border crossing and second country for the day. Before we boarded we had to fulfill the first task in the roadbook, which starts with a paper clip which we have to trade up in each country where we get through. While waiting for the ferry we talked to a truck driver who then took the paper clip and gave us a paper roll that’s used in the trucks trip recording system.

As we were just driving through and not stopping in Denmark we skipped already the Denmark trade. This signifies quite well our team’s spirit and idea of the trip: having fun while not being too ambitious. And ambitions were again immediately thrashed out of the window when it came to the “Task of the Day”. As we didn’t do it I’ll spare you the details.

It was also a day of bridges, in Germany, Denmark and Sweden. 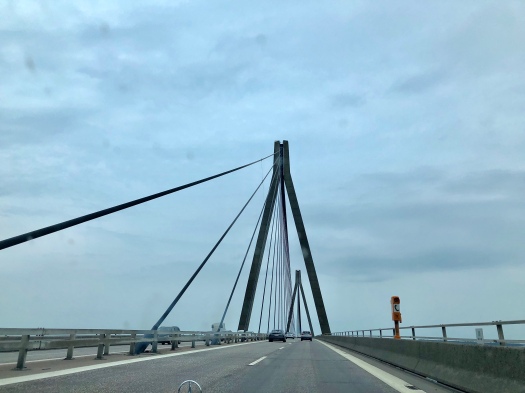 Once we hit Sweden, second border crossing and third country on our rally and for the day  we were aiming east-north-east towards Kristianstad and beyond. We did some shopping in a very well assorted and nearly empty supermarket in Sweden. What we needed most was charcoal for the grill and we got a 5 kg bag – let’s hope that this enough.
We then found a lovely spot in Nogersund at the harbour right next to the Baltic Sea where we made camp and had a beer. It was a camp for motorhomes and we just squeezed into a gap we thought was big enough. As we learned later, etiquette is to leave at least 4 metres between cars. But nobody was really complaining. For dinner we had T-Bone steak, pepper and mushrooms with a nice bottle of red. 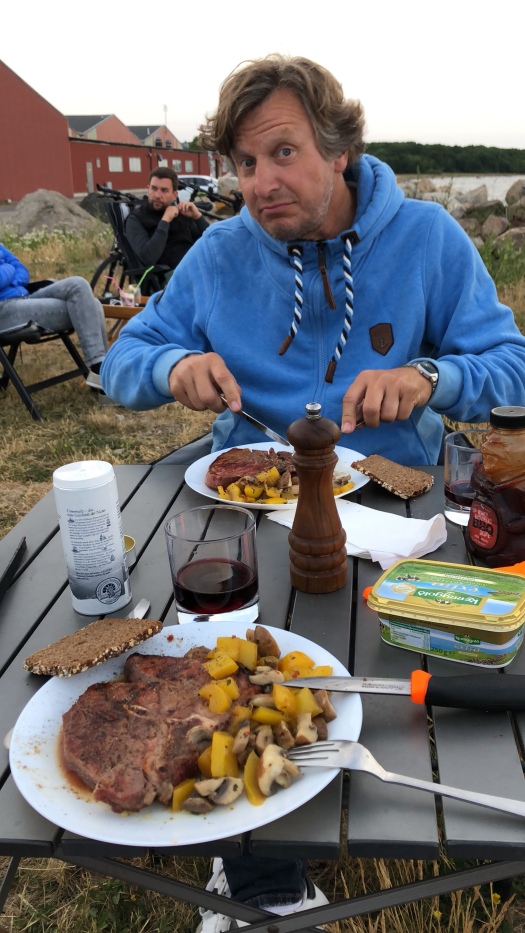 The night was the first night we spent in the roof tent. As easy it was to get to sleep as hard was it to stay asleep. The wind was increasing and it started to rain so it became quite noisy in the tent. The waves were crashing against the rocks, the tent was rattling and one of the tent’s entries couldn’t get zipped up completely and it was raining a little bit into the tent right on Jörg’s face. We both had the impression that we woke up every bloody hour and eventually got up at 5, packed everything up and left at 6.