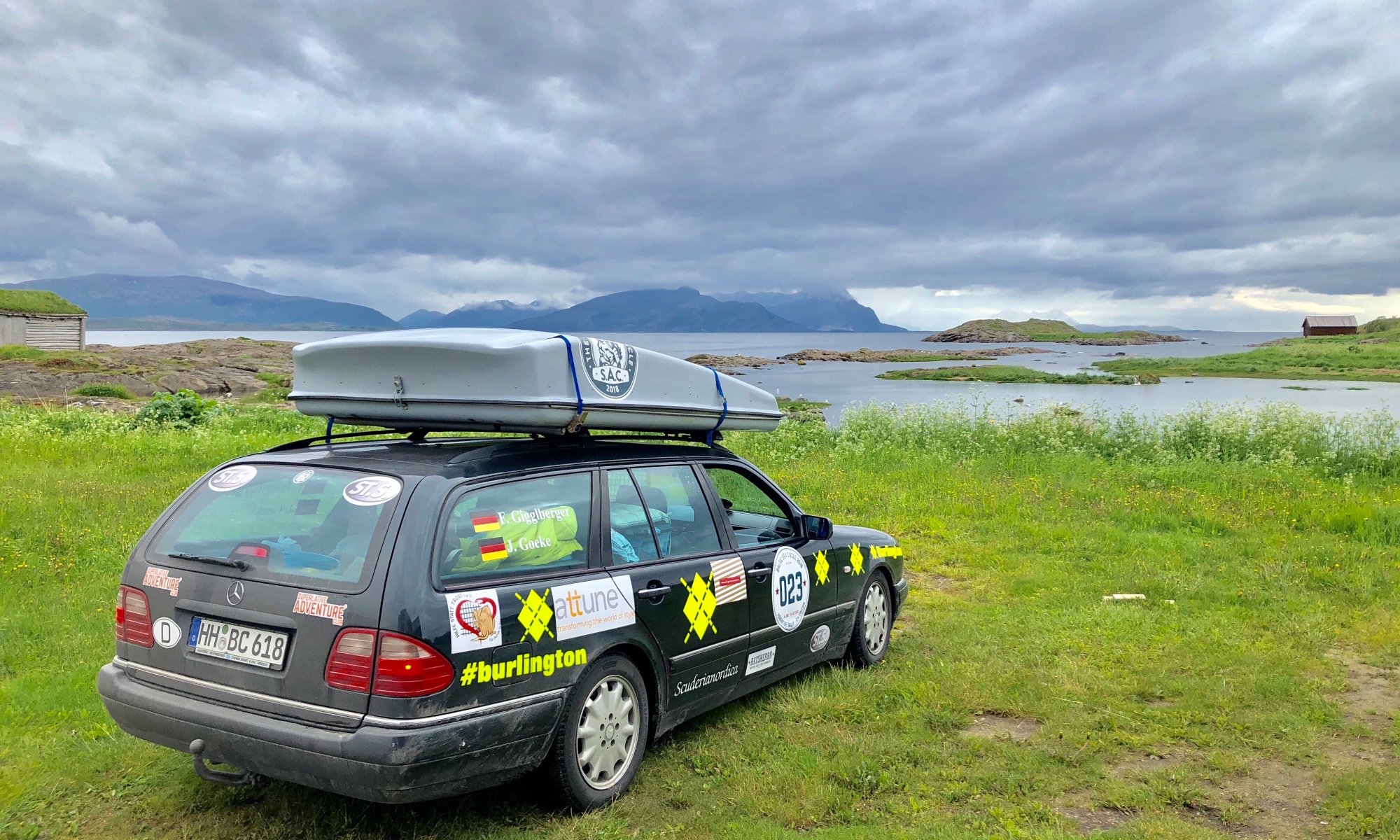 This day would turn into our longest stint yet. We left Östersund after a somewhat relaxing night and headed, you probably guessed it right, North. The weather was dreadful again and it was constantly raining and quite cold. We came through the towns of Dorotea and Vilhelmina and at some point crossed the border into the Swedish part of Lappland. A task that has been done also 64 years ago by Jörg’s father who made a trip through Scandinavia together with his best friend in a Volkswagen Käfer. 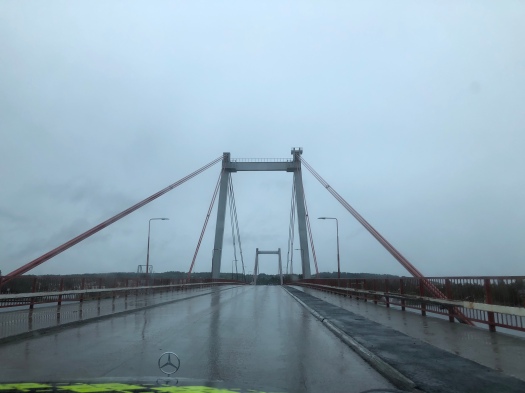 The task of Day 4 was to get a can of Surströmming, fermented herring, a Swedish delicacy with one of the most putrid and revolting smells you can imagine. Maybe they have come up with this because they were looking for something that’s even worse than a rainy and cold summer’s day, who knows. The task was to put the open can into the car, drive 200km (!!!) with it and hopefully at the end live to tell the tale. We were debating whether we would skip this task or not but then decided to buy a can in a supermarket in the town of Storuman where we were turning north-west towards the Norway. As luck had it they were sold out on Surströmming. So we drove on and on the road to the Norwegian border we spotted some colleagues from Team Maschseepiloten next to a beautiful lake. We decided to stop and have a chat also around today’s task. As it turned out they had bought two(!) cans of what next to Dynamite probably is the most dangerous Swedish weapon there is, in this case biological as opposed to explosives.
And they offered it to us.
We discussed on how to proceed best and from hearsay we knew that the cans are under quite some pressure due to the gas coming from the fermentation process thus when opening it there would an unforeseeable jet of lethal liquid which one should like to avoid at all cost.
Opening the cans in a bucket of water seemed to be the best option. Jörg got the water from the lake, Franz took off his sweater and put on gloves, Sven from Team Maschseepiloten was very eager to do the same and he gave us his can opener.
And indeed, once the cans were open the stench was like nothing we’ve ever smelled before in our lives – old, rotten fish and putrefaction like the calling from the grave. Sven even ate some of it and you could see and feel his struggle.

As requested by the roadbook we put it into our car and proceeded on our journey. It wasn’t nice. In the end we did more than 200 km with it and eventually deposited the can in a bin right next to the Arctic Circle. 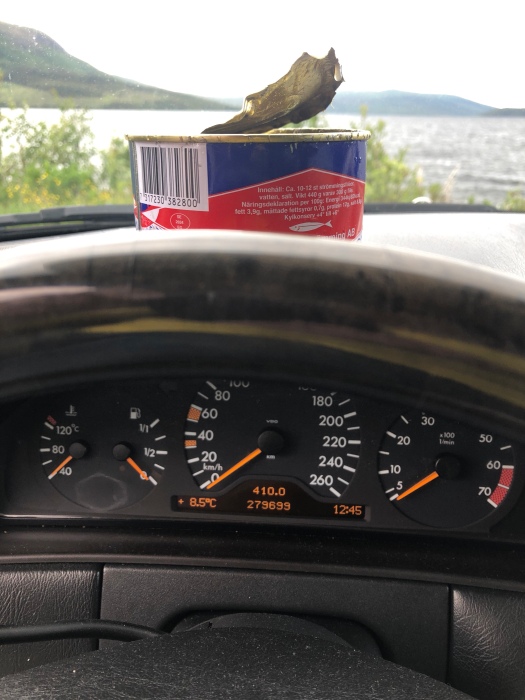 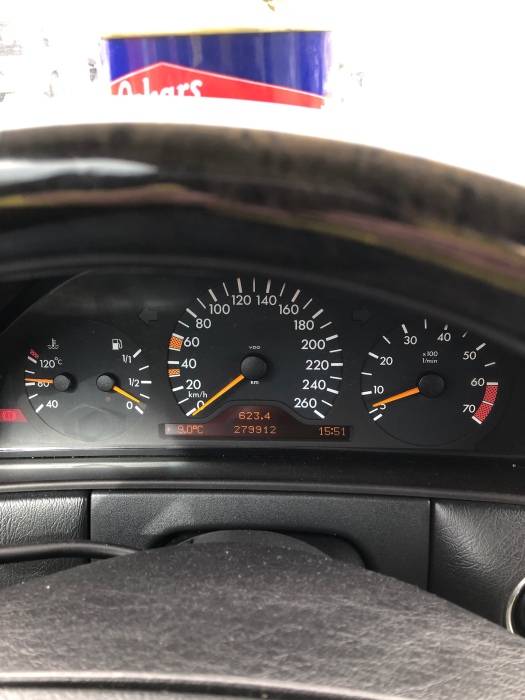 Speaking of the Arctic Circle – that was one of the highlights of the day of course as neither of us had been so far up North. The Arctic Circle Center is high up in the mountains in a moon like landscape. There was snow, cold, wind and quite a few people. We took it as a photo opportunity of course because so did Jörg’s father in 1954. 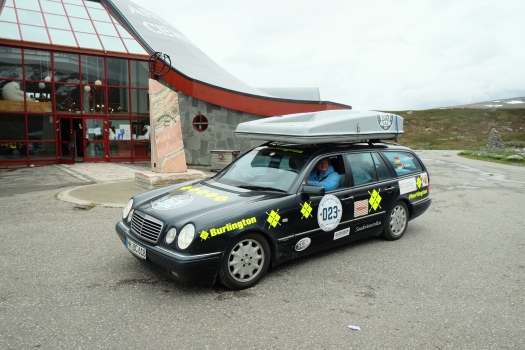 From there it all went downhill towards Mo i Rana where we took a right turn to go towards Skjerstadsfjord and our final target for the day, Bodø. From there we intended to take the ferry to Lofoten the next morning. The first 22km were a quite rough construction site, which was a bit annoying but once we hit Rognan we were at the fjord and rewarded with spectacular views.

When we arrived in Bodø we made a tour through it and the port to greet our colleagues who were waiting for the ferry. After that we looked for a spot to set-up camp. Bodø’s camping ground had been closed due to bankruptcy. We couldn’t care less and didn’t stop us to get onto it and hide the Fat One behind a building so that he couldn’t be seen from the entrance.

We then unpacked everything to do some cooking and after a while another team came in. Shortly after that a somewhat official came to us and asked us to leave the premises. Explaining to him that we would just park our cars, not put up any tents and leave early in the morning we were able to persuade him to let us stay. We then agreed that we all hadn’t seen each other…

For dinner we grilled a couple of burgers together with spicy vegetables. After that we shared some beers with Team M&M On Tour and eventually mounted the car and crept into our sleeping bags for another night of wind and rain.

It was indeed a long drive as we did nearly 800 km that day, with a lot of rain, literally no visible sun and sat in the car for 11 hours.