Rain, so much rain. And wind. And cold. That’s what waited for us when we got up that morning in the Cape region. By the time we had packed the Fat One we were cold and wet.
Time to hit the road to make some distance and warm up again. Our target for today was Kirkenes, the last outpost right before the Russian border. We intended to take the route through Finland and then back into Norway.
In Lakselv at the petrol station we fueled up our star glider and met some other teams. They all had some issues: one 3 series BMW had a broken generator and an old Merc a broken distributor finger. Not easy to find help on a weekend, let alone on the Midsommar i.e. summer solstice weekend where allover the Nordics the people party.

From there we headed towards the Finish border, which we crossed at Kargasniemi without any incidents. The landscape was beautful with a river with sandbanks meandering next to the road. When we got to Kaamanen we made a stop at the Sami centre, where you can learn more about the lifestyle of the Sami, the indigenous people of Lapland that covers most of the North of Europe, across country borders. 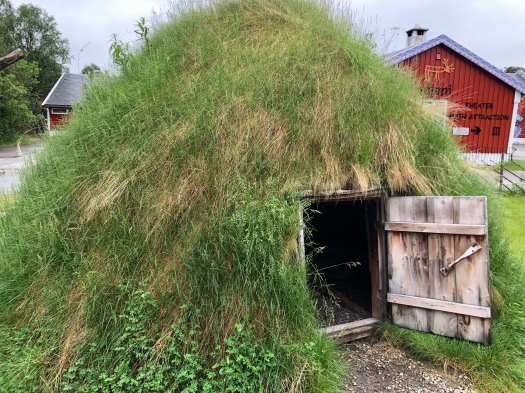 From there we took the road in direction north-east along the Inarijärvi, the largest lake in Lapland and the third-largest in Finland. Feeling a bit peckish after some hours of driving we stopped at the lake and had some lunch from the alimentary section of our car. And, who would have thought, there were indeed also some mosquitos here with us also looking for some lunch but after the appliance of proper repellant they left us in peace and in one piece. 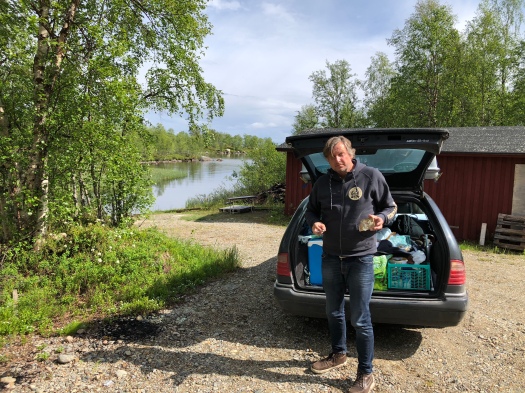 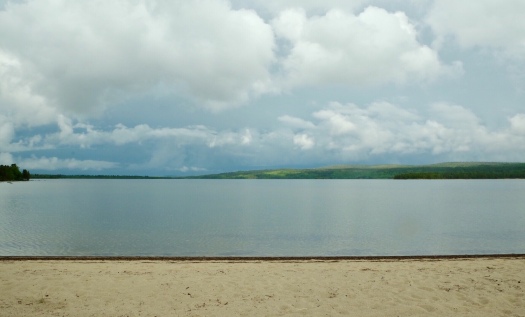 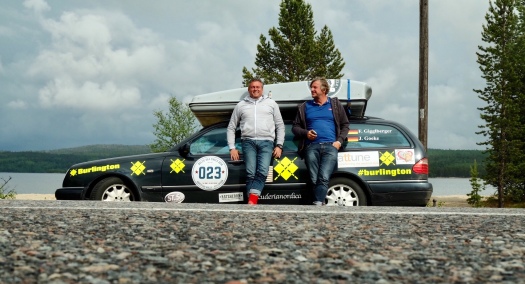 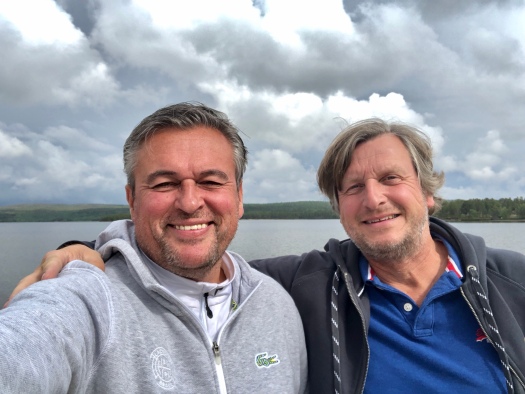 Crossing the border back to Norway, where true to Norwegian fashion it was raining again, we were nicely interrogated by the border control as to whether there are more from our rally behind us and of course about alcohol quantities on board. Responding in an evenly nice way we slightly bent the truth (about the booze not the teams) and were sent on our way with a smile. On all faces.

We then arrived in Kirkenes where for whatever reason we didn’t take any proper pictures but hey, if that’s not a reason for you to go there and check it out for yourself then we don’t know what…

We were looking for a place where could make camp and as it was raining, which I might have mentioned before, we were looking for someplace a bit more sheltered. This proved impossible to find. So we made an executive decision and checked into the local camping and rented a cabin for what we thought were a reasonable 550,-NOK. Once we entered the cabin, reason very quickly left through the tiny, filthy windows. In came rancidness and despair. But we didn’t despair and had a beer and some snacks. To stock up our food for the next days we went to one of the local supermarkets and then made ourselves dinner in our glamorous quarters. Jörg whipped up a very tender reindeer filet with potato salad and a sauce made from stuff we had on board. Yummy. 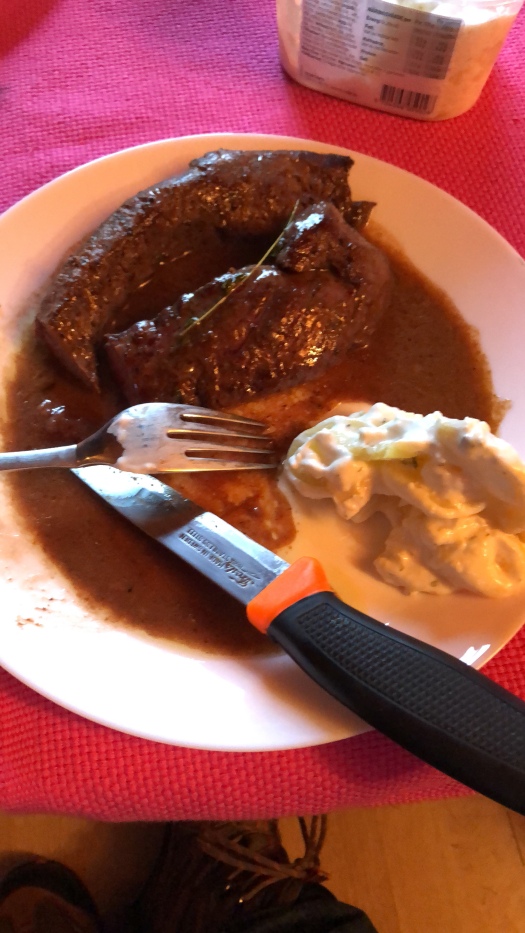 When we had checked-in at the camping we’d asked the landlord if the big TV in his lounge was working for we were looking for a way to watch the Sweden-Germany game but it wasn’t and he pointed us to a place in central Kirkenes where allegedly they were showing the match. So after dinner we ventured back into town only to find out that the place was a restaurant with no intention to show any football. However they guys there informed us that in another place, Ritz, which also was a restaurant they would show the game on their second floor’s disco. And indeed there was a big screen and a projector and very comfy seats in the lounge area of their disco and only the two us. The luxuriousness of the venue was only slightly tinted by the price for the beers. After a while some Norwegians also showed up and when Sweden had scored their goal they were cheering and immediately after apologised for having done so.
The match itself was really quite entertaining and will of course always be remembered for Toni Kroos’ galactic free-kick goal in the last minute of extra time.

Returning to the glamping centre of the North we had a beer and a smoke in front of our cabin and then joined some other teams who were also staying there for the completion of the task of the day to jointly burn the little logs of wood we all had to bring with us from the start in Hamburg. We then chatted away with them and after a while realised that this was the night. THE Night. The night where we would have a chance to actually SEE the midnight sun as the rain had subsided and the evening had become quite pleasant. Where we wouldn’t have to endure a dimming greyness but enjoy open and clear skies and see the star in our system at midnight.
And so it was.
We climbed some rocks next to the camping site and experienced a time of beauty, serenity and transcendence. The light was really special, throwing horizontal shadows and we were not quite sure whether we’ve seen something like this before. It was a bit like an everlasting sunset, which is nice. This moment made our trip so much more worth and special. 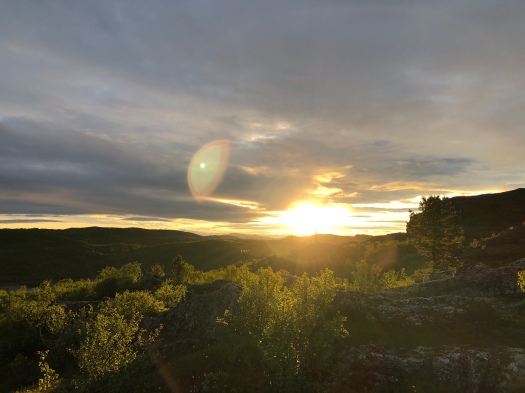